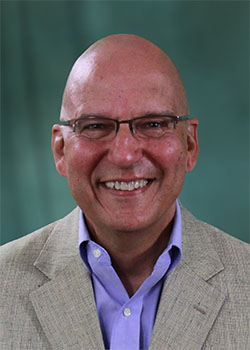 Mezzacappa received a DOE Young Scientist Award from Secretary of Energy Bill Richardson and a Presidential Early Career Award for Scientists and Engineers (PECASE) from President Clinton in 1999 for his contributions to core collapse supernova theory. He was the principal investigator of the first large-scale, multi-investigator, multi-institution computational astrophysics effort in the U.S. to focus on core collapse supernovae: the DOE SciDAC Terascale Supernova Initiative. Mezzacappa was elected a Fellow of the American Physical Society in 2004 and a UT-Battelle Corporate Fellow in 2005 in recognition of his supernova research and his role, much more broadly, in the development of computational science in the United States.

Mezzacappa has authored or coauthored more than 200 scientific publications (journal articles, conference proceedings, abstracts), has coedited 8 volumes in his field or in the broader field of computational science, and has given numerous invited talks internationally. He and his work have been featured on the National Geographic Channel and in Scientific American, to name a few venues.

The primary scientific and computational focus of Mezzacappa’s group is on terascale to exascale simulation of supernovae of both classes in the universe.

Core collapse supernovae are the death throes of massive stars, more than eight to 10 times the mass of the sun. They are a dominant source of elements in the universe, without which life would not be possible. Mezzacappa’s group is focused on ascertaining the core collapse supernova mechanism—that is, how the explosions of these stars are initiated. Core collapse supernovae are 3D, multi-physics events. Three-dimensional general relativistic radiation magnetohydrodynamics simulations must be performed to ascertain definitively the supernova mechanism and to predict all of the associated supernova observables. Core collapse supernovae are driven by neutrinos (radiation) and perhaps magnetic fields. Thus, Mezzacappa’s group has developed discretizations, solution algorithms, and codes for the solution of the multi-dimensional neutrino (radiation) transport equations and the 3D magnetohydrodynamics and Poisson equations, the latter for the star's self gravity. This is ultimately a petascale to exascale computational problem.

Members of Mezzacappa’s group are also engaged in research on Type Ia supernovae; in particular, the mechanism whereby white dwarf stars—the endpoint of stellar evolution for stars less than eight times the mass of the sun—end their lives in stellar explosions. Understanding these stellar explosions is particularly important because provide the means to probe the evolution of the universe as a whole. Indeed, observations of Type Ia supernovae and conclusions based on them have led to the discovery of the startling fact that the universe is expanding at an accelerated rate, which has significant implications for its future and ultimate fate. Type Ia supernovae are driven by thermonuclear runaway. The challenge is the modeling of a turbulent flame, centimeters thick, in a white dwarf star the size of Earth. Thus, three-dimensional simulations of chemically reactive flows are required, with realistic sub-grid models.